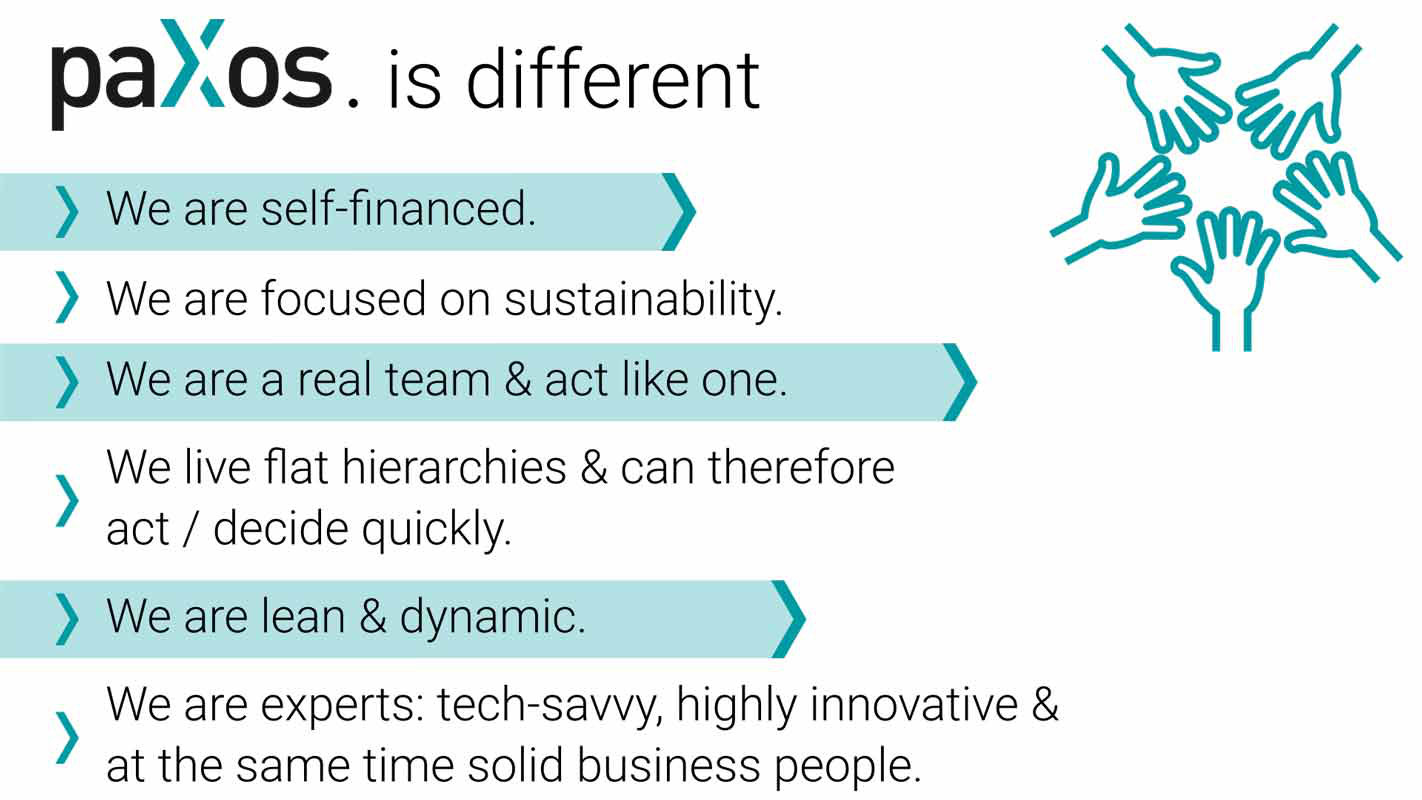 WE ARE DIFFERENT OUT OF CONVICTION, PASSION AND EXPERIENCE!

The paXos team drives its own innovations and customer projects in the various industries and sectors together and with great commitment. Our strength is the development of highly efficient and innovative solutions that give our customers a decisive advantage in business.

We are particularly committed to the field of ecological individual transport for a sustainable future with the important topics:

We are absolutely convinced: Economy and ecology are not a contradiction, but a creative challenge for us, which we gladly meet.

Our "core team" has known each other for over 20 years and has mastered many challenges very successfully with true team spirit. For us, the employee and the customer are at the center of our economic actions. After years of working together, we decided to found paXos in 2015. From the start, we have been involved in many exciting projects in very different industries and have been able to gain further experience.

The paXos shareholders (from left to right):

The choice of our company name is based on the common past of our team at a company whose logo in particular had the color turquoise. Since many of us started our careers at this company, it was often referred to as the "turquoise blood" of the team. Later, our team was also fondly called the "Island of the Blissful" because, despite external constraints, we were always committed to working well together as colleagues. In combination, this resulted in the term "turquoise island", which led to the following result in the internet search engine: Paxos, the pearl in the Ionian Sea between Greece and Italy. Thus the name for our company was found. In our company logo, the arrow in the "X" was created as a stylistic element, which metaphorically points the right direction.

We are happy to be a "beautiful island" for our customers, partners and employees, pointing the way in business.