Don't want to miss any news in the future? Then follow us on our social media channels:

The next generation of the Solar Beaver Tail from paXos is on the starting blocks. The non-reflective glass is the visual highlight of the 400x200mm beaver tail. By choosing the type of roofing, the power of the high-performance module varies between 2.5W for double roofing and 6.0W for crown roofing. Overall, power densities of 72 - 100W/m² can be achieved with the appearance of a classic beaver-tail covered roof. 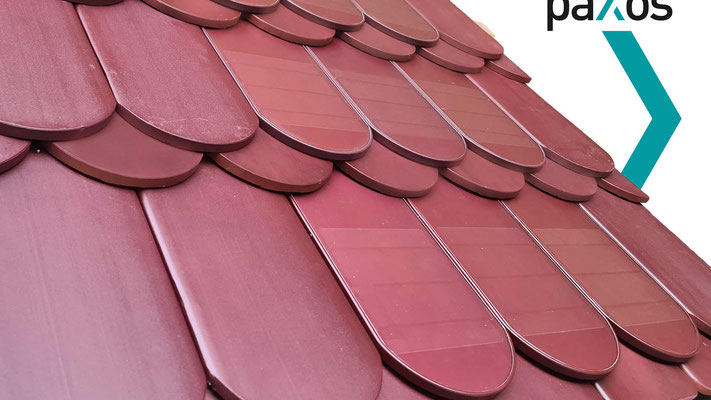 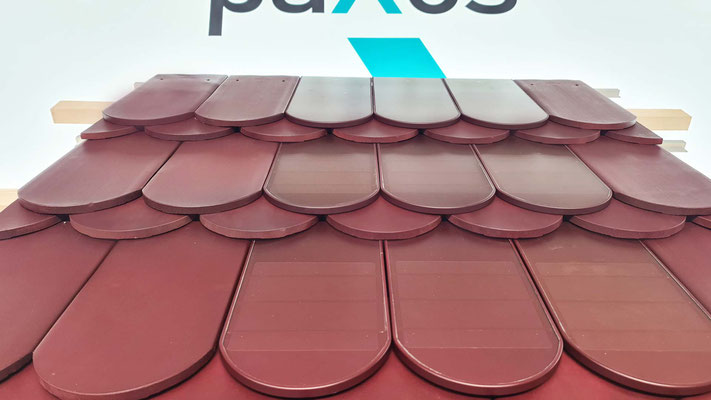 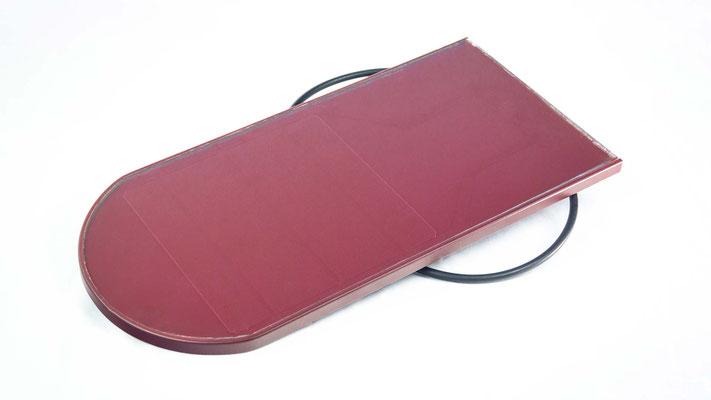 A TV team of the "Westdeutscher Rundfunk" visited paXos in the Langenfeld office to find out about the extensive innovations and especially the solutions in the solar sector. This resulted in a report that was shown on the TV program "Lokalzeit Bergisches Land" and can now be found on the website at https://www1.wdr.de/nachrichten/rheinland/langenfelder-firma-bringt-solarpfannen-aufs-dach-100.html. Enjoy watching! 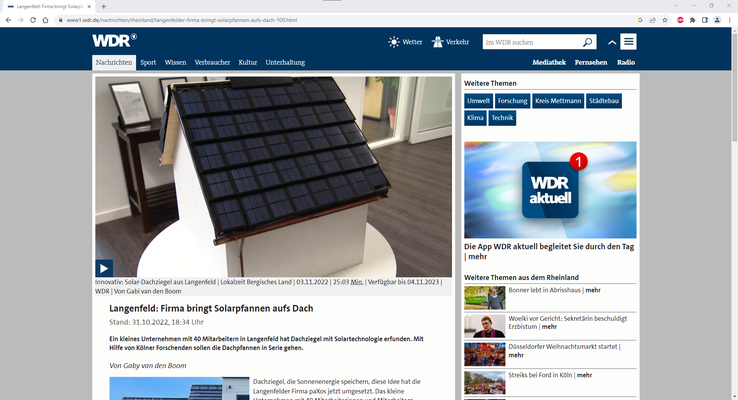 During the second test series at the Institute for Power Generation and Storage Systems (PGS) at RWTH Aachen University, the complete overall system, consisting of the charging plug "Cool-Load Megawatt", the charging socket and a 4m long, liquid-cooled charging cable, could be extensively tested and a continuous charging power of 5MW was transmitted. Due to the patented, active cooling of the charging system, the temperatures on the cable and housing surface remained constantly below 25°C even at this enormously high charging power.

The radial design of the paXos charging plug allows scaling of the plug diameter. Standard scaling up to 12MW is currently planned, although the development team has also already envisaged scaling up to 40MW as part of special designs for special applications.

With the paXos high performance charging system, the milestones of the future of electromobility for passenger cars, commercial vehicles, ships, aircraft, etc. can be realized with a single plug design. Traditional systems are limited in transmission power, so a novel system like this is mandatory for the charging of the future. The charging plug "Cool-Load Megawatt" is the solution for the still missing link between energy supply, shortest charging times and a robust, stable connection. 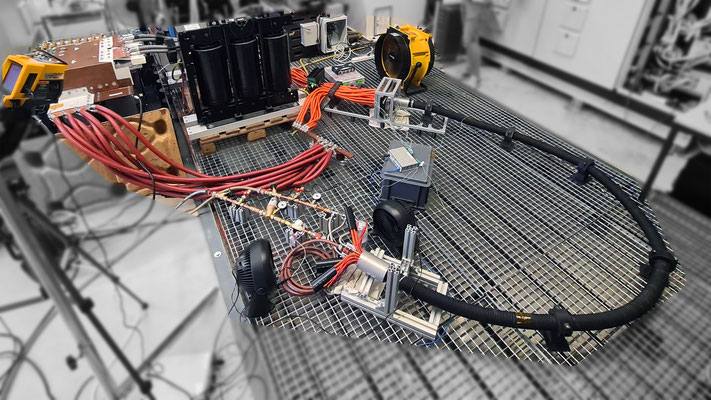 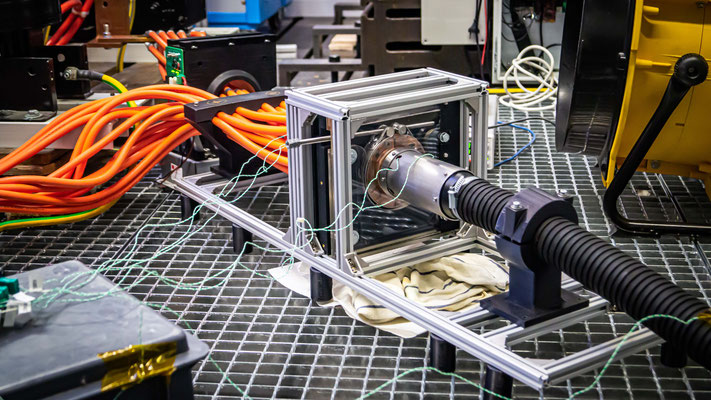 In our new videos about our High Performance Charging System as well as our Solar Beaver Tail we present the two innovations once again with all advantages and functions. You can find more information under the heading "Innovations" or on our website www.paxos.solar.

paXos was represented with two large booths at this year's Intersolar and Power2Drive in Munich. Our special exhibition highlights were the Charging Plug Cool-Load Megawatt with a charging capacity of 3MW (scalable up to 12MW), the Solar Beaver Tail and the Foundation-System-Shear-Compression-Bending Plate. In addition, the numerous visitors were also able to find out about many other paXos innovations from the solar and electric mobility sectors. We are very happy about this successful trade fair and the great response we received!

We have summarized the impressions of the three trade fair days in our video below:

The paXos team was able to conduct successful tests with the first prototypes of the developed "Foundation-System-Shear-Compression-Bending Plate (FS-SCBP)". All systemic assumptions were confirmed - in direct comparison, the paXos foundation system is much more stable than all conventional foundations. For example, the conventional prefabricated foundation failed directly and a stand-alone earth screw only came close to the paXos FS-SCBP in terms of resistance from a length of 1.6m. In addition, the team unintentionally witnessed the installation difficulties of traditional foundation systems when, while screwing in a 1.3m long earth screw, it presumably hit a large stone in the ground at a depth of about 1m and was thus unable to go deeper into the earth.

Special praise goes to the project team for this great achievement! 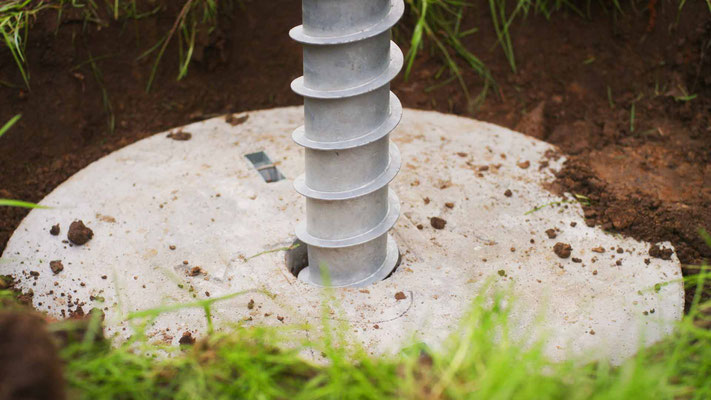 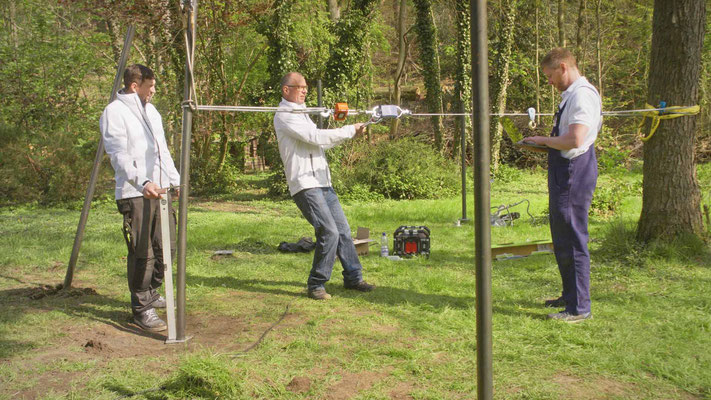 The new Solar Plain Tile from paXos offers the look of the asphalt roof shingles mainly used in the USA, but in combination with the use of PV and solar thermal energy. Due to the small product dimensions, roof surfaces can be individually and partially covered - even entire roofs are possible. Double roofing is not necessary at all. The installation and individual removal is carried out via a spring steel plate, which also serves as a conductor for potential equalization. The first functional prototypes of the Solar Plain Tile will be presented in May at the Intersolar trade fair in Munich in the form of a sample roof surface. 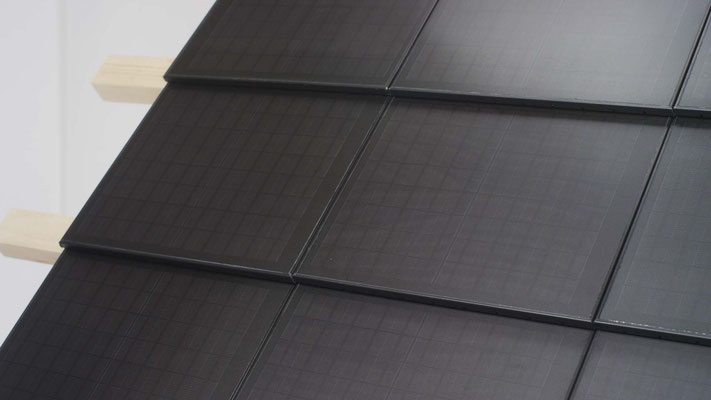 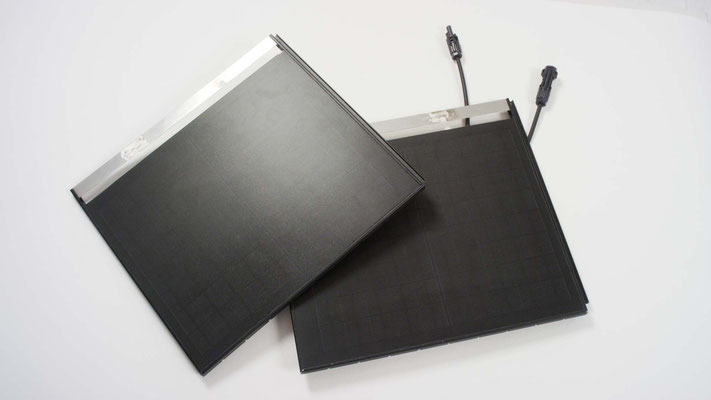 For the engineers, things could not have gone better than to achieve this result. As part of the joint research project "IDEAL", which is funded by the German Federal Ministry for Economic Affairs and Energy, a current of 3350A could be sent via the new high-power charging plug from paXos for a duty cycle of 50 min during initial current-carrying capacity tests (proof of concept) in the laboratories of the Institute for Power Generation and Storage Systems (PGS) at RWTH Aachen University. During the entire duty cycle, taking into account the nominal voltage, a transmission of more than 4MWh would have been possible. The liquid-cooled contacts of the plug exhibited stable temperatures of less than 50°C during the test.

The analysis of the measurement results underlines the advantages of the radial connector design. Thanks to the innovative cooling in the charging plug a cooling capacity of 700W was achieved. Due to the large contact area and the high contact pressure only extremely low losses of approximately 100W occurred at the transition between plug and socket. This corresponds to only 9% of the total power loss of the prototype setup. And in relation to the transmission power of 5MW, the losses of the overall system amount to only 0.02%.

In the next step, RWTH Aachen University will modify the power source in order to be able to perform further testing, while paXos will continue to develop the automatic contacting between plug and socket, as well as the cooling system of the charging cable. 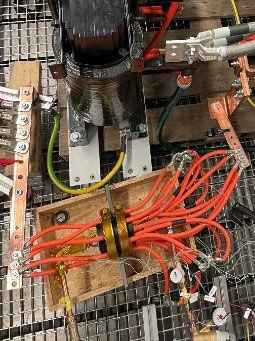 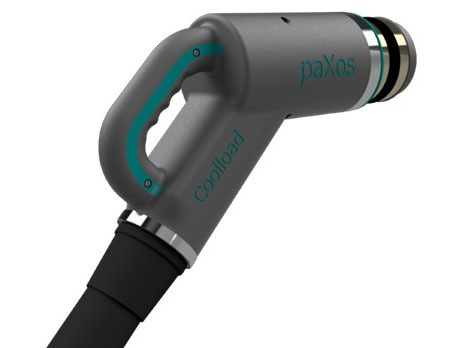 From 06th to 08th October we presented our new innovations with paXos Solar GmbH at the Intersolar in Munich. There was great interest in our diverse solutions in the solar sector, we had many interesting and extensive discussions and were able to make new contacts. In addition to the Solar Roof Tile Mild-Hybrid, a special highlight was the first sample roof surface of the Solar Beaver Tail Tile. 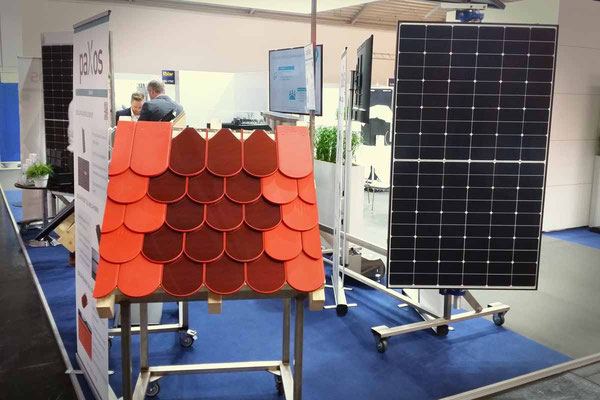 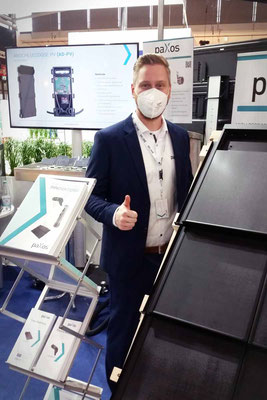 As part of the joint ERDF-funded project "Solar Roof Tile.NRW" with the Technical University of Cologne two roof surfaces were completed on the university library in Cologne-Deutz. One is a classic roof surface with modules for photovoltaics and solar thermal energy and the other is a roof area with the Solar Roof Tiles Mild-Hybrid. Based on the data that will now be obtained, a comparison can be made between new and classic systems. 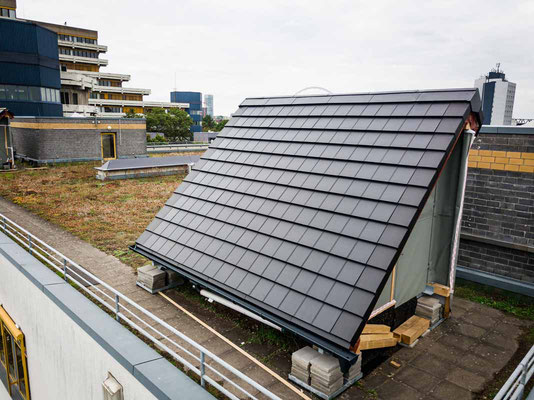 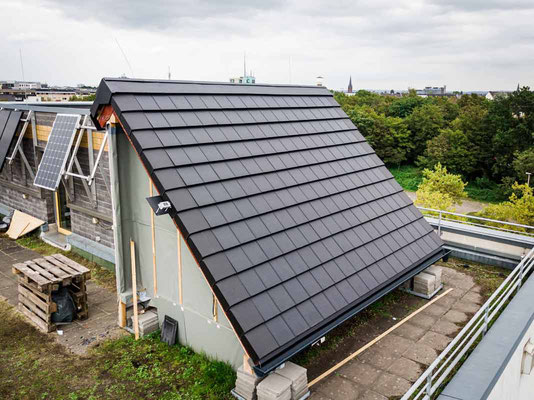 In Solingen-Gräfrath, another test roof was covered with the Solar Roof Tile Mild-Hybrid. On the west as well as on the east side of the new building, the SDP-MH could be integrated as required and supplemented with matching complementary roof tiles. The visual difference is difficult to see from the ground. 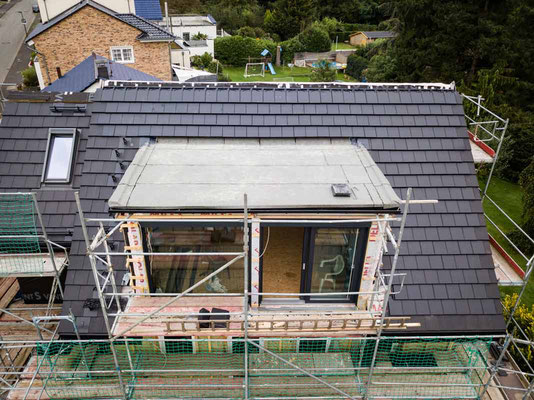 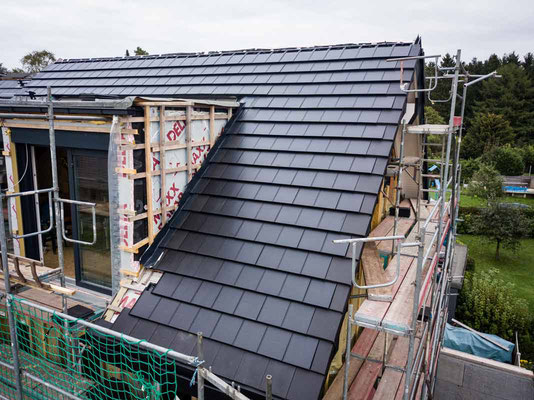 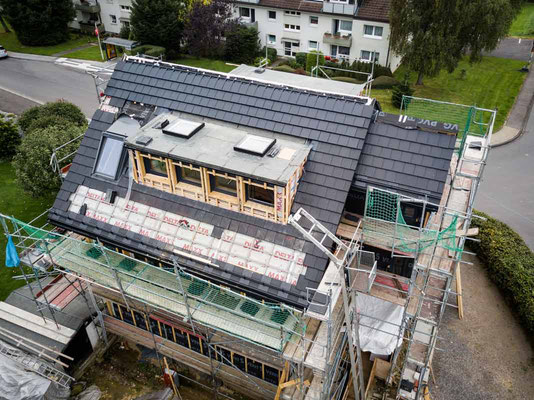 At the beginning of this year, a roof area was covered with the new Solar Roof Tile Mild-Hybrid, which is now being used for test purposes. This is the variant with a curved wave profile. The easy and quick installation has convinced in practice all along the line. Now solar energy can be inconspicuously converted into electricity. 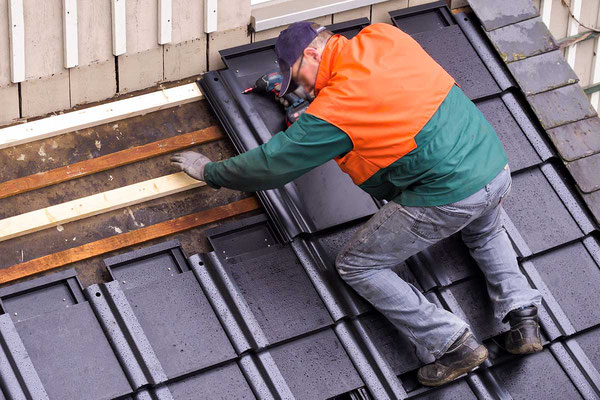 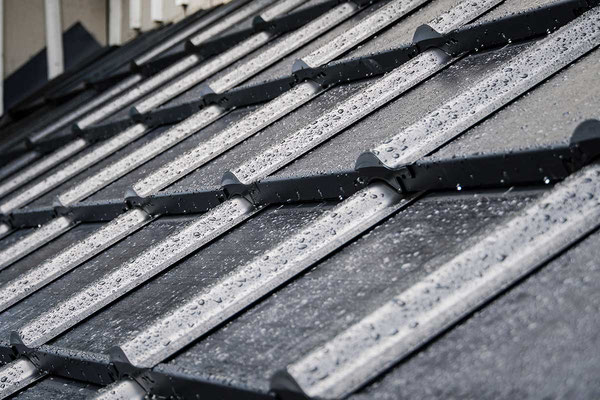 HIGH RESISTANCE OF THE SDP-MH

Our Solar Roof Tile Mild-Hybrid (SDP-MH) has been tested and certified in all respects by TÜV Rheinland, MPA Stuttgart and TH Cologne. The results of the tests prove that our product is particularly powerful, durable and robust. Thus, in the course of the design and safety qualification, an extended test for hail impact resistance according to VKF was carried out. In this test, our SDP-MH achieved 10 times the resistance strength compared to the required minimum according to IEC. 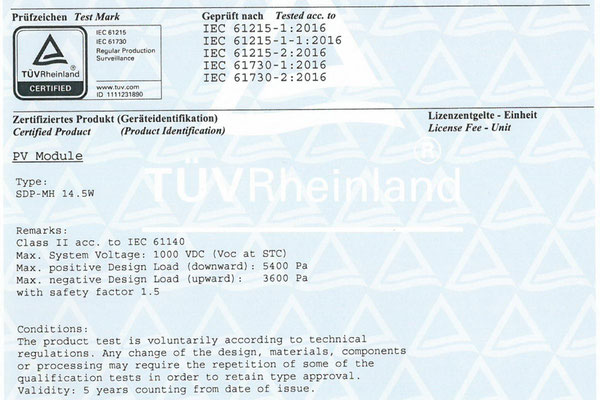 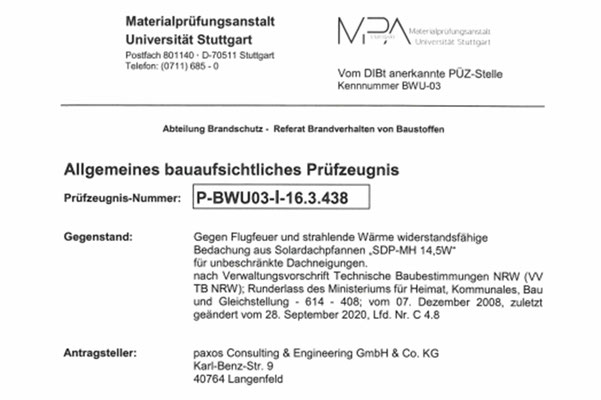 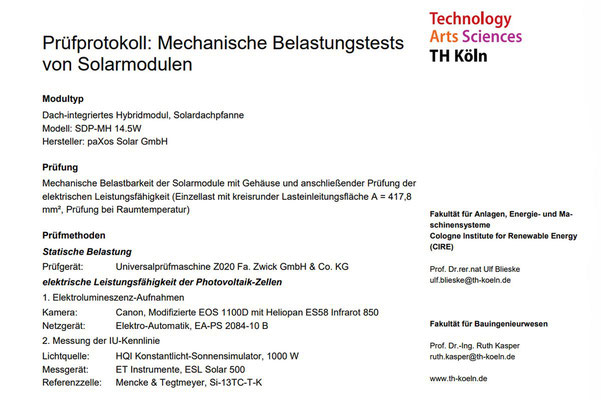 From now on you will find detailed information about our solar roof tiles on our new website: 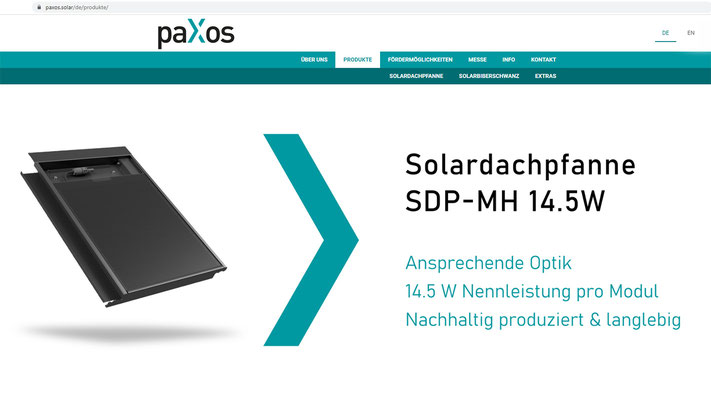 COMMISSIONING OF THE PM3 PAPER MACHINE

After a record-breaking construction and installation time of only 18 months, the starting signal was given for the commissioning of the PM3 paper machine of our customer Progroup on August 24, 2020. From now on, 750,000 t of corrugated base paper will be produced from 860,000 t of recovered paper in one of the most modern and efficient paper mills in the world. The total investment of €465 million makes PM3 one of the largest investment projects ever in the German state of Saxony-Anhalt. Of this, €100 million alone is going into sustainable technologies - for example, a closed-loop water treatment plant that reduces water use by 80%.

We are very proud to be an important part of this success story. In addition to construction and erection supervision, the paXos team was responsible for all project control relevant issues such as, among others, the schedule, budgeting and cost control as well as the complete contract management.

We would like to thank the entire team for this great achievement! 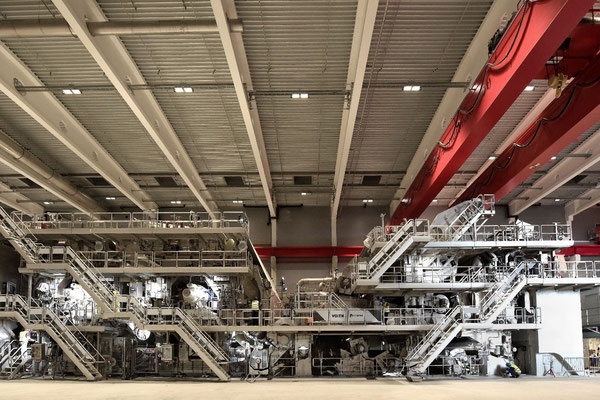 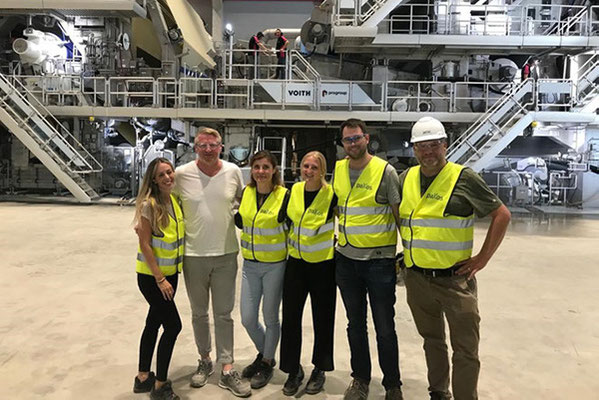 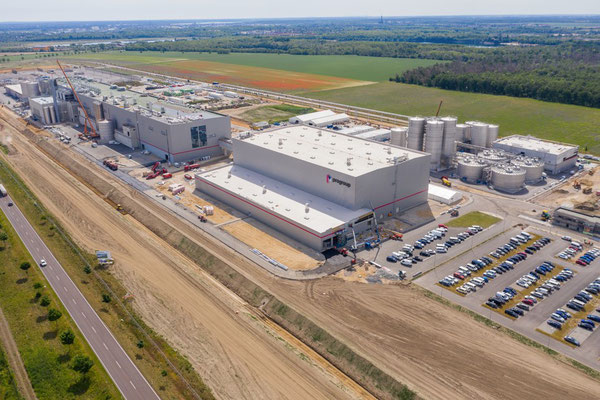 Just in time for the beginning of the year, we can present our first functional prototypes of the Solar Roof Tile MH. Thanks to the great commitment of our team and the close cooperation with the TH Cologne, we have been able to further develop and optimize our product a big step towards a first small series. First tests of the prototypes already confirm the expected performance data and in the next step our product will now be certified by the TÜV. At the Intersolar Europe trade fair in Munich (June 17-19, 2020), we will present the latest development status of the Solar Roof Tile MH in the form of sample roof surfaces with fully functional prototypes. 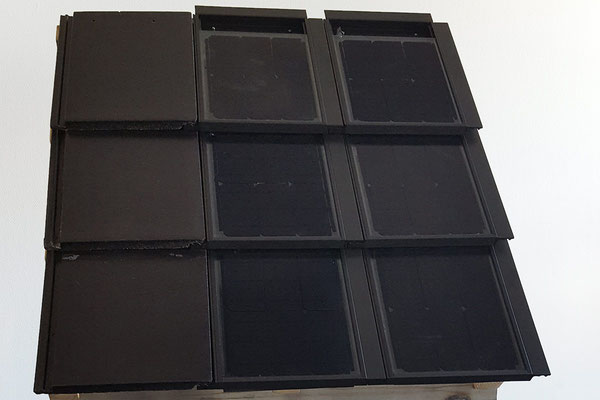 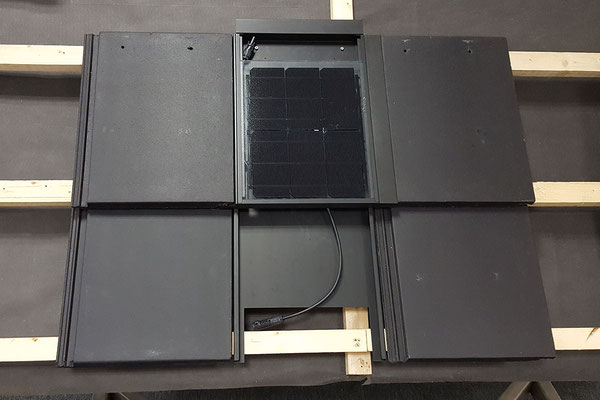